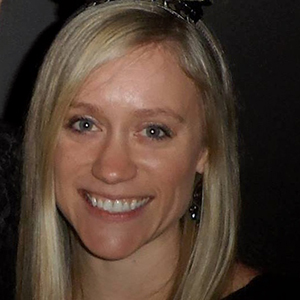 Adverse childhood experiences (ACE), such as child maltreatment and unhealthy household environments, are associated with diminished physical and mental health in adulthood. For example, ACEs are associated with depression, personality disorders, and poorer overall mental health in adulthood (Anda et al., 2002, Chapman et al., 2004, Draper et al., 2008, & Wilson et al., 2006). A recent study showed that social support in adulthood acts as a protective factor, lessening the negative effects of ACEs on mental and physical health (Barile et al., 2014). Despite these gains in understanding ACE impacts, adult depression, and the role of social support as a protective factor, little is known about how these associations may differ by context. The purpose of this study was to replicate previous finding that show 1) ACE is comprised of 3 sub-factors (Ford et al., 2014); 2) that these sub-factors predict adult depression; 3) and that this impact is mediated by the ability to garner social support in adulthood (Barile et al., 2014). Additionally, this study examined these associations 4) to determine if state of residence moderated the relationship between social support and adult depression.

This study used publically available data from the Center for Disease Control and Prevention’s (CDC) Behavioral Risk Factor Surveillance Survey (BRFSS), a random digit dialed health survey that the CDC administers across all fifty states annually. States may elect to administer additional modules, such as the depression scale or ACE module. Participants included a total of 21,580 people from Hawaii, Nevada, Vermont, and Wisconsin, all of which completed both the depression and ACE modules (CDC, 2010). Using confirmatory factor analysis, path analysis, meditational analysis, and moderated mediation analysis, this study confirmed previous findings as well as found a significant interaction effect between social support and state of residence (b=-0.087, SE=0.008, p<.001). Probing the interaction revealed that the buffering effect of social support on the impact of ACE on adult depression was stronger for people living on the US mainland than for people living in Hawai‘i. One possible explanation is that the ethnic composition of a context may have an effect on social support as a protective factor. Future research should examine why the effect of social support is stronger for some people in certain contexts as well as examine what protective factors exist for people living in different contexts, such as ethnically diverse environments like Hawai‘i.